Another Labour big hitter has backed indyref2: the betrayal has started. 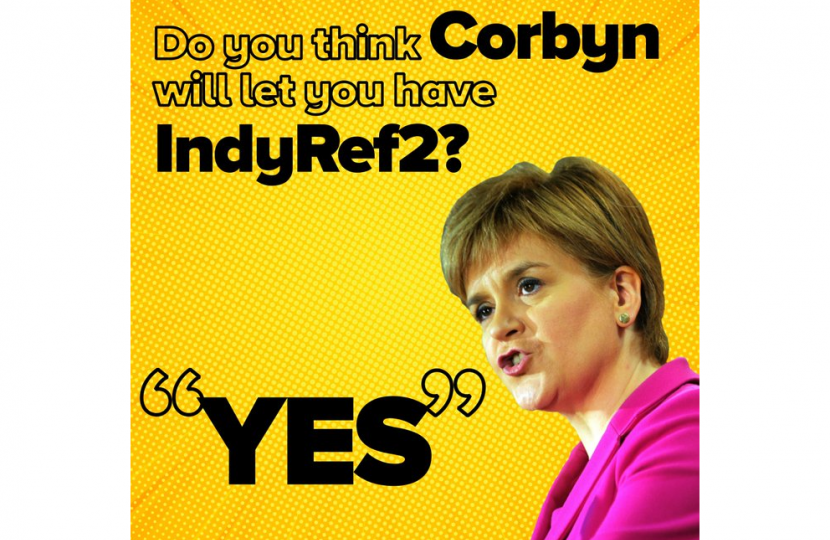 The marxist cabal running Labour knows that it cannot grab power on its own, so it is quietly abandoning decades of support for the Union, ready for a cynical stitch-up.

It’s no secret that Corbyn’s hard-left Labour will do anything to get its hands on power, and if that means giving Sturgeon what she wants - another divisive referendum - then Corbyn will cave.

Rebecca Long-Bailey, the shadow business secretary, said Labour ‘wouldn’t stand in the way’ of Sturgeon’s push for indyref2 - just another of the Labour big-wigs confirming that when it comes to ditching your principles to get your hands on government, nothing is sacred for Labour.

Although you would have to question why anyone could trust anything the Labour leadership says, separation-obsessed Sturgeon will grab any opportunity to make another referendum possible.
So the SNP is in discussion with the UK civil service, getting ready to prop up an extremist Corbyn-led coalition - if they get the chance.

At this rate, Labour will be full-on campaigning for independence by the end of this election.
This attempted stitch-up betrays every Labour voter in Scotland, but especially those who want to end the division, keep Scotland in the UK, and get Brexit done.

Only the Scottish Conservatives are standing up to Sturgeon’s endless demands for indyref2.

A vote for the Scottish Conservatives on December 12 will stop Sturgeon and Corbyn from forcing indyref2 on people across Scotland.