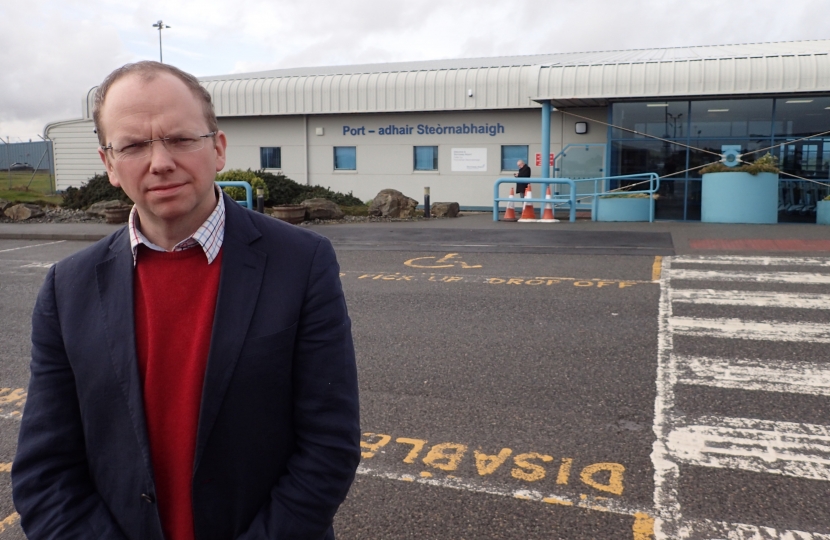 Highlands and Islands MSP Donald Cameron is supporting calls for a debate in Parliament on plans to centralise air traffic control in the region, which would lead to air traffic controllers removed from airports and replaced with a single ‘remote’ tower in Inverness.

Mr Cameron has supported a motion by Shetland MSP Beatrice Wishart which aims to hold a Member’s Business debate on the changes which are being proposed by Highlands and Islands Airport Limited (HIAL).

The Scottish Conservative MSP, a regular user of HIAL services in the region, said: “Airports like Barra, Benbecula and Stornoway in the Western Isles, and Campbeltown, Islay and Tiree in Argyll and Bute, are crucial parts of our transport infrastructure."

“As HIAL is wholly owned by the Scottish Government, I wish to hear a justification directly from the minister for these proposals which have caused so much concern, not least from HIAL employees."

“It is vitally important that changes of this nature are subject to thorough scrutiny. The focus should be on providing a better service rather than just saving money."

“The Scottish Government’s track record on our ferry service has left much to be desired and I wish to ensure that they don’t make a hash of our air links as well.”

The biggest issue for the public is arguably the Safety Case supporting the proposed changes.

Centralisation of Air Traffic Control services must not be allowed to compromise Aviation Safety, and a completely robust and independently verified Safety Case must be established before any final decisions are taken.

Corners must not be cut on matters like multiple-redundant communications and data links, which must be physically separate and not subject to single points of failure that could simultaneously disable all redundant feeds.