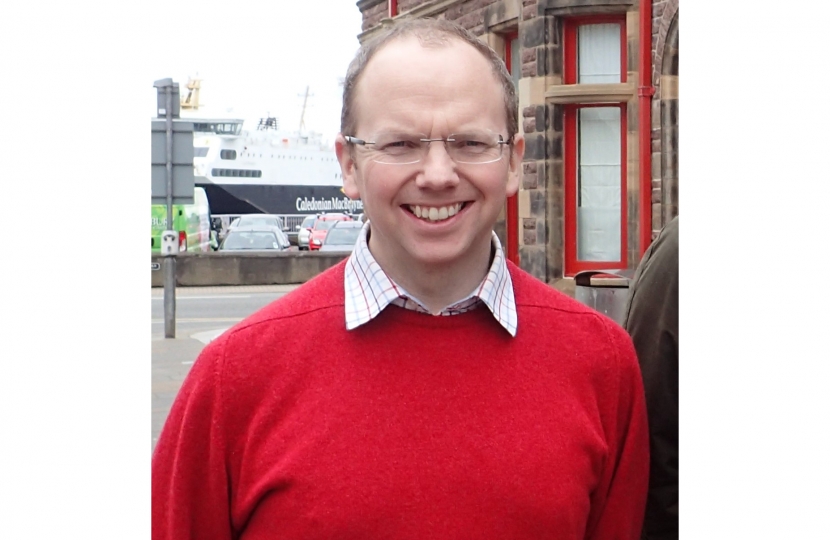 Highlands and Islands MSP Donald Cameron has put the issue of overcapacity on the Stornoway to Ullapool ferry service front and centre of a speech to Parliament.

The speech was given during a Scottish Conservative party business session in the Scottish Parliament on the ‘Resilience of Scotland's Ferry Network’.

The motion to the chamber highlights that since 2007, there has been over 82,000 delays and cancellations across the Clyde and Hebridean Ferry Service network.

Figures from the Scottish Parliament Information Centre (SPICe) show that between January and September this year, the Stornoway to Ullapool route saw 30 cancelled sailings, and has arrived late on 226 occasions.

Mr Cameron highlighted the ongoing issues of overcapacity on the service during peak times.

In this speech to the chamber, Donald Cameron MSP said:

“Many local residents on the island are forced to plan ahead and book spaces on this service to travel to the mainland due to space being booked up well in advance by tourists and by haulage.  But even visitors struggle to book onto the ferry, such is the demand during peak season.”

“Residents across the Lewis and Harris continue to raise this issue with me, and I will continue to highlight this anger to the Scottish Government.

The time for action is now, and I will work constructively with the Scottish Government to ensure residents get the reliable and robust service that everyone wants.”

That the Parliament notes its growing concern with the resilience of Scotland’s ferry network; highlights that over 82,000 delays and cancellations have occurred since 2007; believes that the combination of an ageing fleet of vessels, mechanical breakdowns and the late arrival of new operational vessels for the network have resulted in avoidable disruption to services to the detriment of Scotland's island communities, their inhabitants, business and tourism; expresses disappointment at the absence of a long-term strategy to procure or build replacement vessels, and calls on the Scottish Government to urgently outline how it will address the Parliament’s concerns.

Highlands and Islands MSP, Edward Mountain, met with the Cabinet Secretary for Justice on Wednesday 5 February 2020 as part of his campaign to ensure a new prison is built in the Highlands.