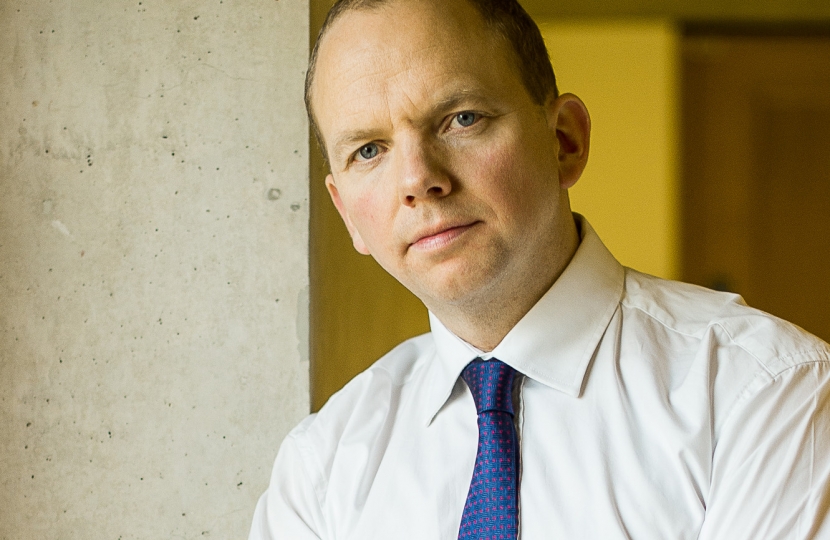 Speaking in the Scottish Parliament yesterday (Tuesday 26th May) Mr Cameron cited the closure of three major hotels in his Highlands and Islands region – the Bay Caledonian Hotel in Fort William, the Bay Great Western Hotel in Oban and the Bay Highland Hotel in Strathpeffer – as evidence of the damage being wreaked on the local economy.

Speaking later he said: “The tourism sector is of even greater significance to the Scottish economy than it is to the overall UK economy, while for the Highlands and Islands it is absolutely critical."

“What I am seeking from the Scottish Government is an acknowledgement of this fact, and a commitment that it will do more than just rely on the UK Government to save the industry."

“The SNP Government has always found the money to spend on their political priorities. I want to see them do far more to  prioritise the livelihoods of people dependent on a thriving tourism sector."

”We are likely to be coming out of lockdown later than the rest of the UK and that needs to be reflected in the assistance provided to our beleaguered businesses.”

Donald Cameron’s question to Fiona Hyslop, Cabinet Secretary for Economy, Fair Work and Culture, was: "The cabinet secretary will be aware that, at the weekend, the hotel and travel company Specialist Leisure Group went into administration, leading to the closure of hotels across Scotland, including three in the Highlands and Islands, and causing hug anxiety for their staff. Although additional support is welcome, does the cabinet secretary acknowledge that the hospitality sector remains in great danger of collapse and can she outline what further measures the Scottish Government will take, using its own resources, to support that sector?"

Once again SNP ministers have failed to offer any real answers to pressing questions, with many businesses being left either unsupported entirely, or receiving only a fraction of the support their equivalents in England have been getting.  For the Highlands such SNP failure is now about to write off dozens if not hundreds of otherwise long-term viable businesses, which in turn will tear the heart out of many small communities.