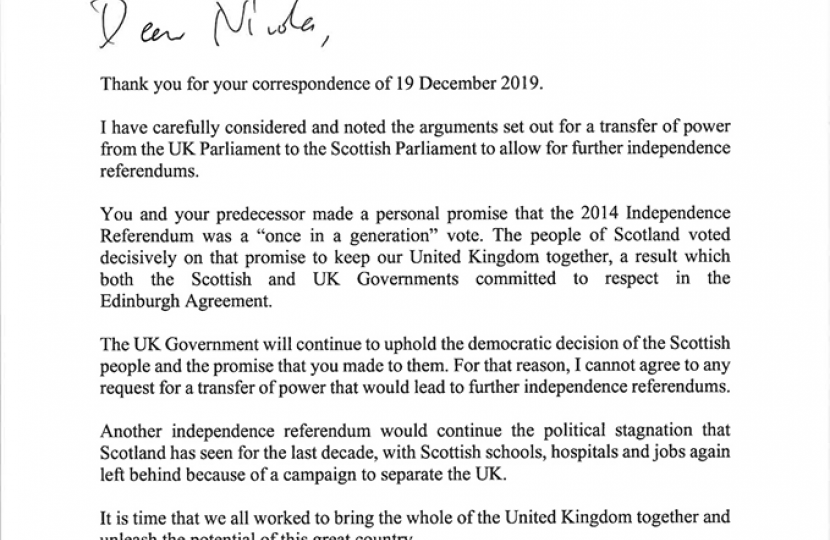 The prime minister issued his statement earlier today (Tuesday 14th January) in which he refused to grant a Section 30 order to the Scottish Government.

Mr Cameron said: “In less than 18 months’ time we will be holding the next Scottish Parliamentary elections.  Between now and then we should be debating peoples’ priorities and the issues that affect their everyday lives, such as our vital public services of education, health and our transport infrastructure."

“After all, that’s what devolution and the Scottish Government is supposed to be for."

Mr Cameron, who is the Scottish Conservatives’ policy co-ordinator responsible for drawing up the party’s manifesto, added:

“We will be offering a comprehensive range of proposals in our manifesto focused on restoring our public services, creating jobs, and making Scotland a better place to bring up our children."

“I am delighted that the prime minister has ruled out another divisive referendum so that we can concentrate on those matters, rather than going round and round in circles in pursuit of the SNP’s obsession with the constitution.”