Is this the moment that marked the beginning of the end for Sturgeon? 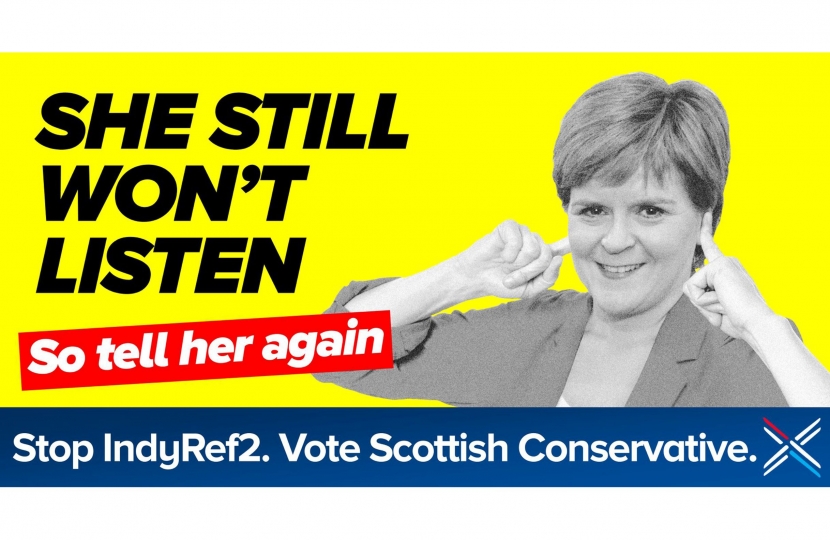 Perfectly grilled Sturgeon is not something you expect to find on the BBC menu, but in a masterful display of the incisive political interview, Andrew Neil expertly filleted a floundering Sturgeon and served her up to the audience, done to perfection, leaving nothing but a few bones unconsumed.

It is a bit early to predict how future historians will see the interview, but it has all the hallmarks of a turning point: the moment an increasingly unpopular leader, surrounded by incompetent ministers who she cannot afford to sack for lack of others with any discernible skills to take their place, and running out of excuses and others to blame, was forced to confront the ugly truth.  The mask did not slip, but try as she might, Sturgeon could not conceal the fear, loathing and self-righteous anger in her eyes.  She recognised the beginning of the end - and she knew that the world could see it too.

It is no secret that some of the SNP "big beasts" (and a fair few of their smaller, more timorous colleagues), currently 'exiled to Westminster' as they see it, are looking for a way to head back north - and find an excuse to oust Sturgeon.  For them, losing their Westminster seats would be a humiliation worth enduring - indeed quite welcome - as they can easily muscle in on a Holyrood list ticket and be ready to challenge Sturgeon for the leadership next year.

Neither is it any secret that some of the SNP Westminster cadre have no love for Sturgeon - and they have very good reasons to suspect that half of the SNP MSPs in Holyrood now also see Sturgeon as part of the problem, not part of the solution.

It is said that vultures can sense an ailing beast and start to circle above it well ahead of the final moment.  For those that care to look up, you can see the sky above Sturgeon starting to darken with the shapes of well-fed but relentlessly greedy opportunists.  They probably all lack the courage to make the first move, content to wait it out a year or so for the inevitable collapse.  However, if some naive 'young lion', fed up with Sturgeon's increasingly chaotic approach, emboldened by some new scandal, decides to try to snap up the prize in the summer heat, the circling old buzzards will descend like lightening to join the feast and grab the best cuts for themselves.

Sturgeon will likely use a few of the standard tricks to try to stave off the inevitable - sack a minister here, front up some stage-managed bussed-in Nationalist rally there, announce some new grievance-based policies everywhere - but the voters are not going to be fooled.  Time to ask your bookmaker what the odds would be on Corbyn, Sturgeon and Swinson all being replaced by this time next year - it might be worth a little flutter......