Highlands and Islands MSP Jamie Halcro Johnston will today vote against a proposal to introduce vaccine passports in Scotland.

The Scottish Conservative MSP said: “The measures proposed by the SNP Government are last-minute, ill-considered and unworkable.  To have any chance of being effective, the passports would need to have the confidence of those charged with dealing with them, notably those in the hospitality sector. It is quite clear that they do not."

“This shambles was totally avoidable, but the arrogant approach of the SNP has seen these rushed plans being brought forward without proper consultation with those it impacts on most.  Now SNP ministers are forced to rely on their junior partners, the Scottish Greens, falling into line and backing their proposals despite their previous opposition."

“The Scottish Greens have rolled over as part of the price of accepting ministerial jobs in the Scottish Government.” 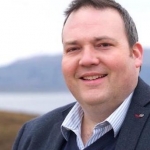