Returning to the UK to study law, he qualified as an Advocate at the Scottish Bar in 2005. He practised across Scotland focussing on public, agricultural and crofting law, appearing in the Court of Justice of the European Union, the Supreme Court, the Court of Session (Inner and Outer Houses) and the Scottish Land Court. He was appointed a Standing Junior Counsel to the Scottish Government 2009-2016. He was elected an MSP for the Highlands and Islands at the Scottish Parliamentary elections in May 2016.

Follow Donald on Facebook at @DonaldCameronMSP and on Twitter at @DAJCameron where you can see what he has been doing both in Holyrood and around the Region, and see all his planned Constituency Surgery dates and locations.

Donald is a member of the following Committees in the Scottish Parliament:

Donald is a member of the following Cross-Party Groups in the Scottish Parliament:

Local Scottish Conservatives have welcomed Argyll and Bute Council’s prioritisation of essential road infrastructure and supporting young people and economic development, in its budget which was presented today.

Highlands and Islands MSP Donald Cameron has pressed the Lord Advocate, James Wolffe, on the role of the Crown Office in threatening the freedom of the Scottish Parliament to conduct its own business.

The Scottish Conservatives are calling on the Scottish Government to accelerate measures to tackle the impact of “Long Covid”.

Highlands and Islands Scottish Conservative MSP Donald Cameron said: “People in Argyll and Bute will be wandering exactly what alternative universe the SNP are living in.

The Shadow Health Secretary Donald Cameron has welcomed the deployment of a further 466 military personnel to assist in the roll-out of the Covid vaccination programme in Scotland.

The SNP Government spent almost a week plotting how to spin a damning report into Covid-positive patients being transferred to care homes.  The Office for Statistics Regulation (OSR) has previously criticised the presentation of the Public Health Scotland report, in particular the SNP pushing a l

SNP must back local newspapers after losing vote in Scottish Parliament

Highlands and Islands MSP Donald Cameron has said that the Scottish Government must do more to support local newspapers after the SNP lost a vote in the Scottish Parliament on their decision to scrap business rates relief for newspapers.

The Shadow Health Secretary, Donald Cameron, has said that much more must be done to ensure that vulnerable housebound people receive Covid vaccinations. 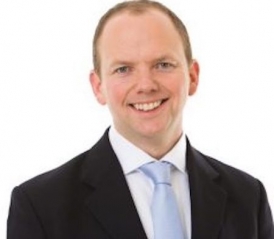