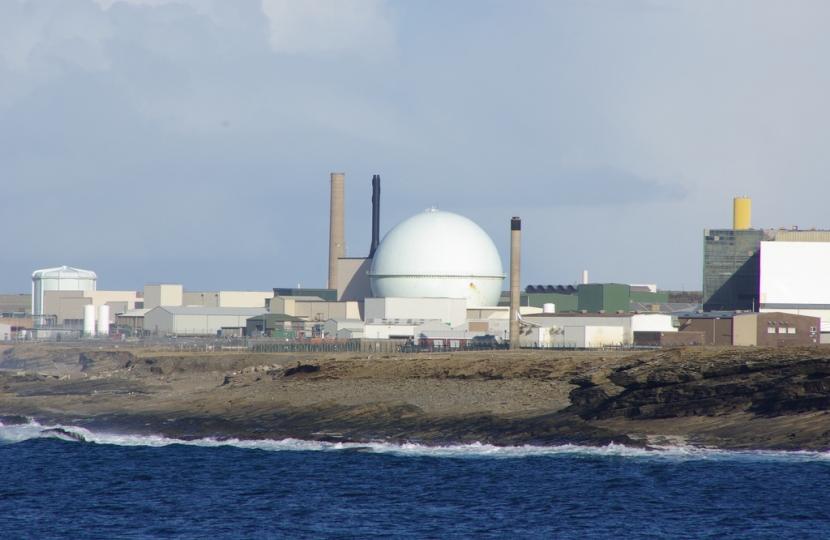 Highland Council has voted overwhelmingly (46-15) to reject SNP proposals to join the ‘Nuclear Free Local Authorities’ group, a collective group of Local Authorities across the U.K and Republic of Ireland that are committed to ending the nuclear industry.

Instead, the local authority voted to affirm its support for the nuclear industry, openly declaring that Caithness is open to new nuclear development in the future and calling upon the SNP Government to drop its absurd anti-nuclear stance.

The amendment was led by Cllr Struan Mackie (Thurso and Northwest Caithness) who spoke to the media after the vote.

“I view this as a significant statement from the Highland Council. As one of a handful of nuclear communities across the United Kingdom, we have chosen not to tie our hands behind our back when it comes to our future energy production.”

“We are very proud of our nuclear pedigree in the 'Far North' and although we all acknowledge that we must diversify the economy, the skillset that exists in Caithness and North Sutherland is one that should be used as an asset, not a liability. That is the message from my constituents and it is now the official message from the Highland Council.”

“Nuclear must remain on the table. We punch above our weight when it comes to renewable energy in Caithness, whether it be onshore or offshore wind, but also significant developments in tidal. Nobody is saying that renewable technology will not play a big part in the energy mix but new-nuclear will be a £250 billion global market that could provide us with vital ‘base load’ capability. There are employment opportunities not just to prove the technology, but also to fabricate modular assets for other countries too”.

Cllr Andrew Sinclair, from Wick and East Caithness, hit out at the SNP and the timing of the motion. “Overwhelming numbers of the younger generation are already being forced to move away in search of the kind of well-paid jobs once guaranteed to previous generations. We are predicated to suffer population decline in excess of 20% over the coming decades.”

“The SNP naïvely think that renewables will solve all our energy needs. This could not be more wrong. The base of our energy generation policy needs to be dependable and on-demand, and there are currently no renewables which offer this level of reliability.”

“Caithness is uniquely placed to be at the forefront of future nuclear development, with a highly skilled workforce ready to embrace the next generation of energy production.”

Fellow Caithness Councillor Donnie Mackay said that the nuclear legacy was a blueprint worth following. “Dounreay has brought through hundreds and hundreds of apprentices across the years. We need to give young people an opportunity to learn a trade and to stay and nuclear continues to do that.”

The Nuclear amendment was passed sixty years to the day that Dounreay accepted its first apprentices onto site.

The Mackie & Reiss amendment was passed 46 votes to 15, with two abstentions from Caithness-based SNP members
The Highland Council has called on the Scottish Government to end their outright opposition to new nuclear power