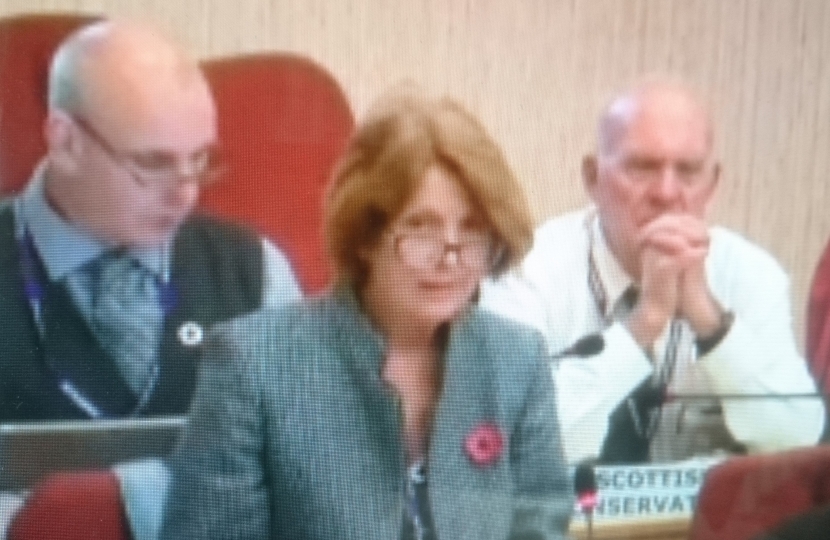 On the 25th of October in the Council Chamber, Scottish Conservative Councillor for Inverness Millburn (Ward 16), Isabelle MacKenzie, in cooperation with LD Councillor Alasdair Christie, proposed that the Council should call on the Scottish Government to scrap the formal testing of Primary 1 pupils, introduced last year by the SNP regime at Holyrood.

Despite the vote on the 19th of September in Holyrood to have these P1 tests scrapped, the SNP has refused to implement the will of Parliament.

Councillor MacKenzie's motion was supported by a number of Councillors across the other parties, including some who brought to bear their own experience as teachers.

Predictably the SNP group opposed the motion, but with little enthusiasm or conviction, struggling to mount even the most superficial defence of an SNP policy that the experts in teaching have rejected as unnecessary and unhelpful.

The motion was passed by a majority of two to one.

The motion successfully moved in the Council - which you can view at https://highland.public-i.tv/core/portal/webcast_interactive/312993/start_time/8707000 - was:

‘Council believes that although good quality pupil assessment is an essential component of the drive to raise educational standards in Scotland’s schools it is simply not necessary in Primary 1 and places additional workload on to teachers with no real improvement in educational outcomes for these children.

Larry Flanagan, General Secretary of the EIS said in August this year, “We are sceptical about the worth of standardised assessments generally, but we’re particularly opposed to their introduction for P1 pupils.  They bring a rigid formality to assessment at a stage where the judgements of teachers, based on observation of child centred learning, are all that’s needed”.

With so many frontline teaching staff opposed to these tests, this Council calls on the Scottish Government to respect the Parliamentary vote to scrap these tests and for the Leader to write to John Swinney to represent this Council’s view’.