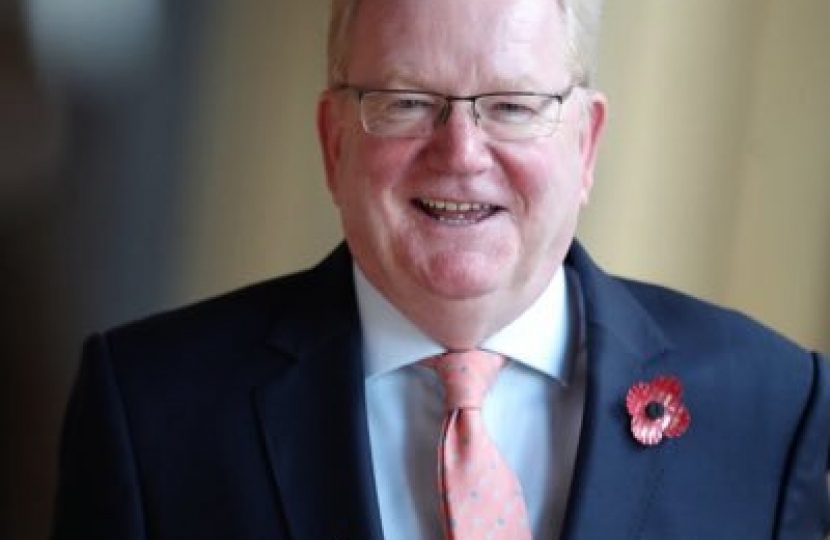 I know all of you will share my disappointment at Ruth’s announcement earlier today. However, I also believe all of us will be incredibly understanding and appreciate that this is not any knee jerk reaction to current events but the sincere outcome of a long period of reflection by Ruth coming after eight years of extraordinary leadership of and service to our party in Scotland.

It has been my privilege to support Ruth as her deputy throughout those eight years. Led by her we have enjoyed unprecedented success and today we are firmly established as the only party capable of standing up to SNP and thwarting Nicola Sturgeon’s obsession with a second independence referendum. For that and so much more we all owe her greater thanks than we can adequately express today.

During her months of maternity leave, I was impressed by the range of talent Ruth has helped to elect in Councils, at Holyrood and at Westminster.  We are now a formidable and highly energised team and we stand together, united and resolved to defeat the SNP.

In the immediate period ahead I have accepted the invitation of the Management Board to act again as Interim Leader. I hope to have your support and you can be assured I will do all I can not to let you down. What happens thereafter is for another day.

You have all worked so incredibly hard for so long, and together we must focus on the hugely important events facing the country; support our Prime Minister and campaign as hard as we ever have to offer Scotland a genuine alternative for the future.

The next few months will be crucial for Scotland and our United Kingdom, with the SNP ramping up their demands to secure another independence referendum.  It is the Scottish Conservative and Unionist Party that stands between them and their goal of separation and we will remain resolute in our opposition.

Are you ready? Good. Let’s get on with it.

Scottish Mountain Rescue and Mountaineering Scotland today held a reception at the Scottish Parliament to celebrate the dedication and expertise of the volunteers and professionals who provide a world class mountain safety information, training and rescue service.