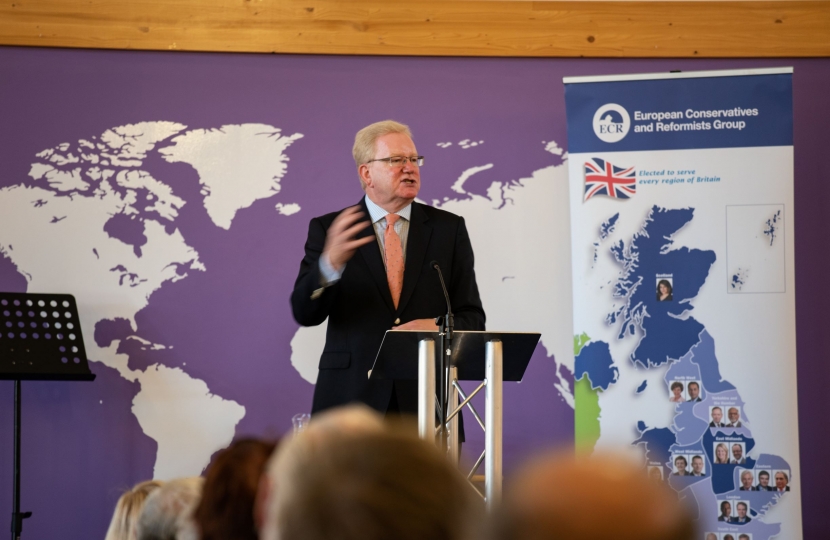 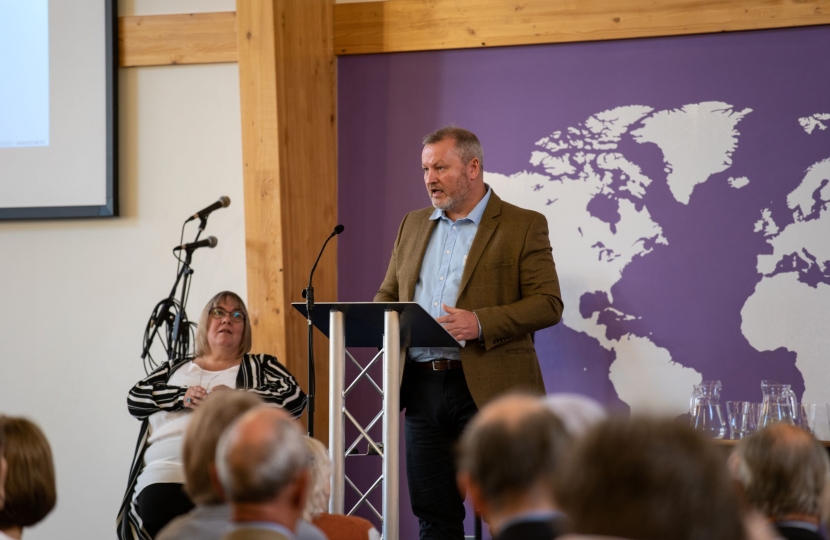 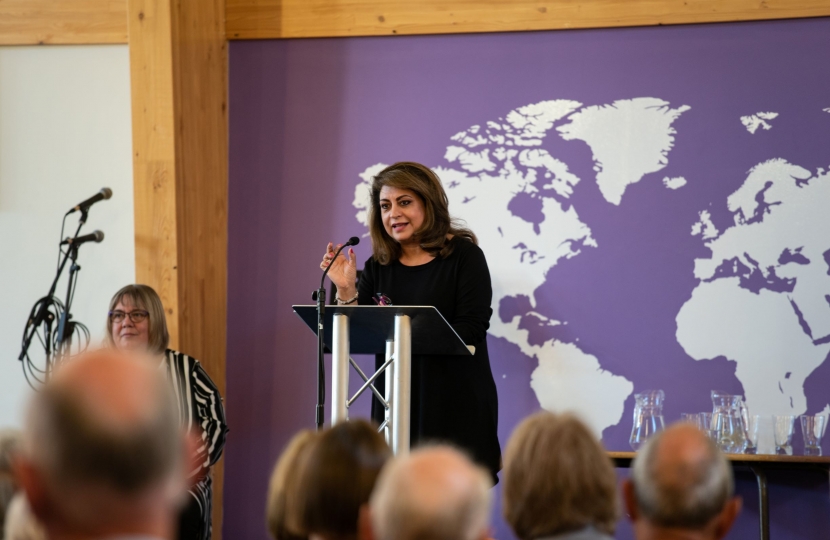 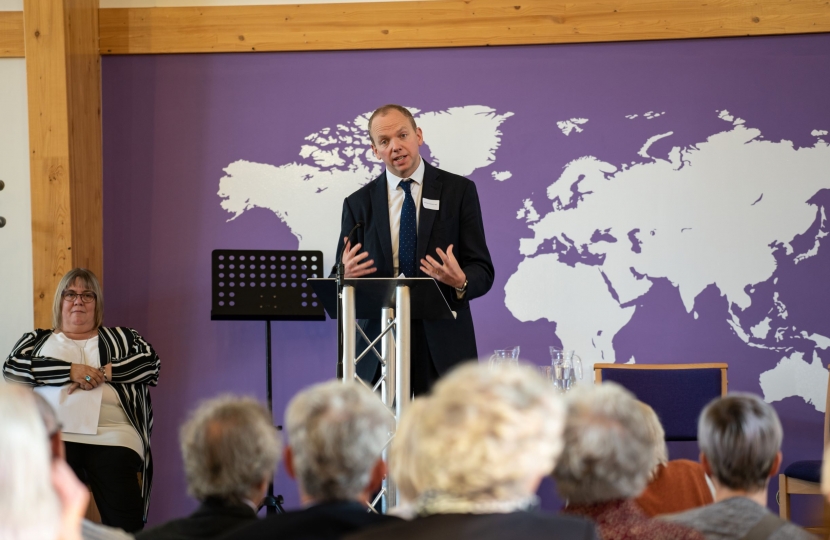 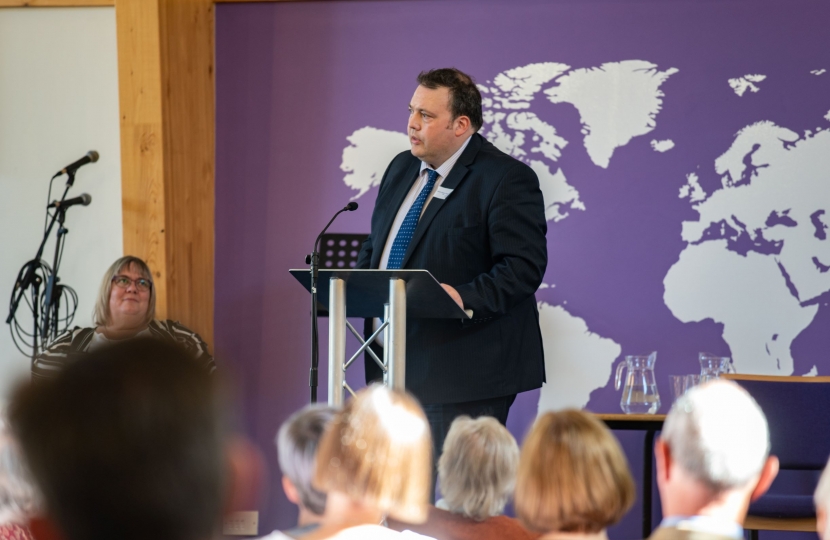 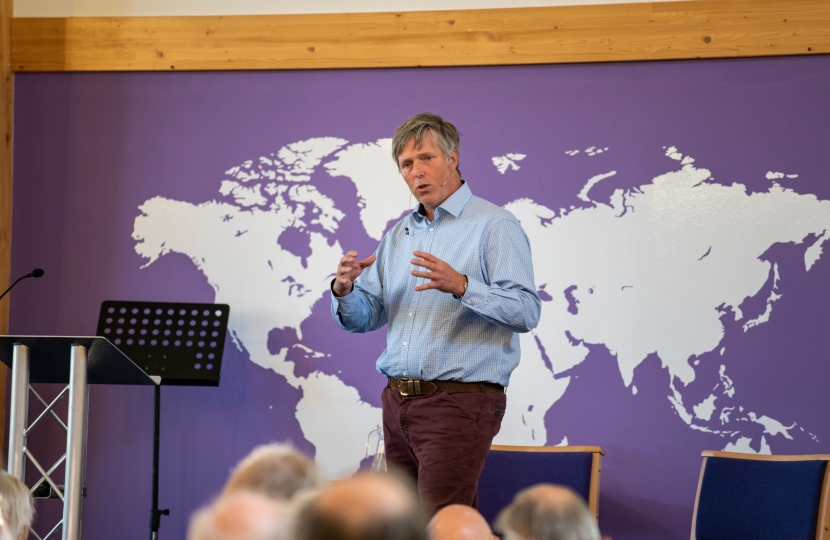 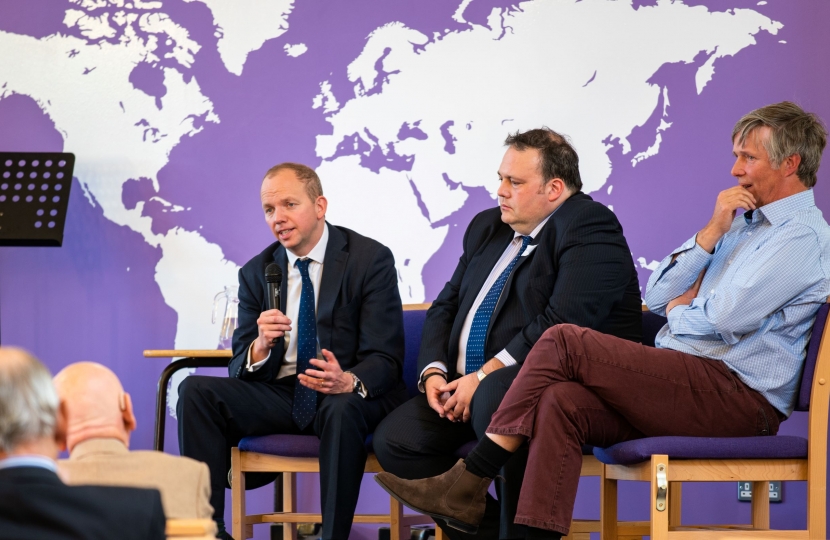 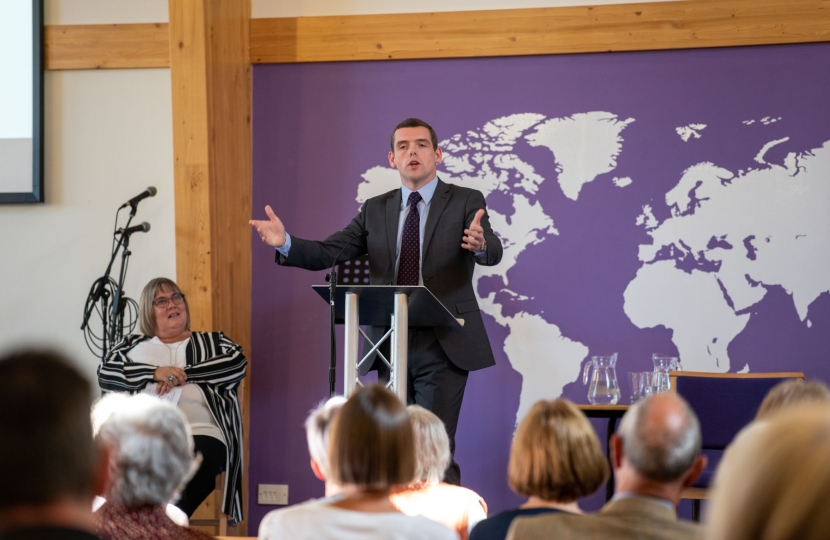 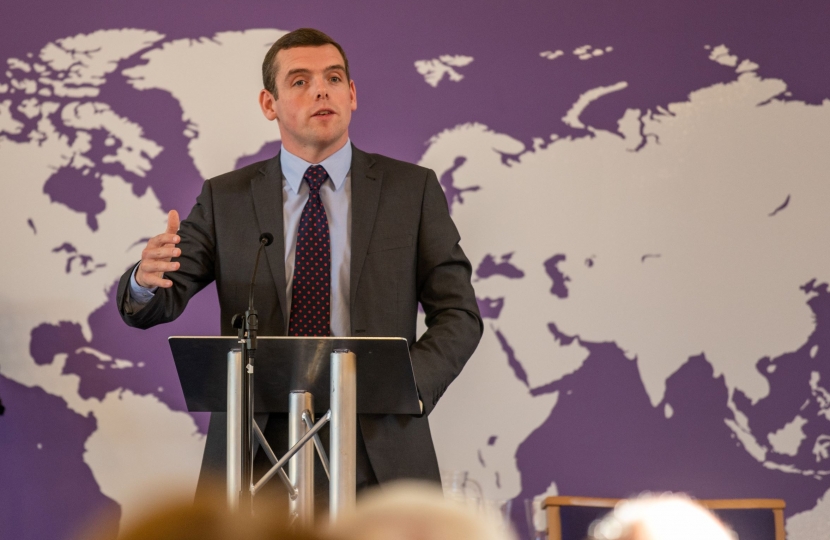 The meeting opened with a group of Conservative Councillors outlining some of their achievements over the past twelve months, before taking part in a question and answer session.

DCI Michael Sutherland, Police Scotland, gave an extremely interesting and informative talk on Serious and Organised Crime in the Highlands, followed by The Baroness Mobarik, MEP, who highlighted issues within the fishing industry in relation to Brexit.

The principal speaker, Jackson Carlaw, deputy leader of the Party, delighted the audience with a very good, well-rounded speech on general issues facing the Conservatives in Scotland, interspersed with his usual humorous insight into events at Holyrood.

After an excellent buffet lunch provided by a team of lady members, the three Highland Conservative MSPs, Donald Cameron, Jamie Halcro-Johnston and Edward Mountain spoke on a range of issues including the importance of developing policies that will benefit all of Scotland, business creation, and health care, before Douglas Ross MP, on his way home from refereeing in Europe, enlightened us on the way matters of particular interest to Scotland are dealt with in Westminster.

In his speech, Donald Cameron MSP highlighted some of the issues that he has been raising on behalf of constituents across the region including the ongoing crisis in Scotland’s ferry network, issues resulting from slow and unreliable broadband, and the appalling state of local roads. Donald also informed the conference of his new role as the party’s Shadow Cabinet Secretary for the Rural Economy, encompassing farming, crofting and fisheries matters, as well as food and drink, Highlands and Islands Enterprise and forestry to name but a few remits. Donald also highlighted the ongoing work of the Scottish Policy Forum, and in particular the importance of members being actively involved and engaged in the policy development process ahead of the next Scottish elections in 2021.

Edward spoke, passionately without notes, on the issue of NHS Highland and health provision across the region. He covered the redesign of maternity services in Caithness and Skye, waiting times across the region, radiologist vacancies at Raigmore , the projected £26m financial overspend as well as the mismanagement of NHS Highland. Edward is a vocal campaigner on the health matters and is regarded as the ‘go-to’ person on health issues in the Highlands, not only by patients but also by doctors and nurses. It was clear from his speech that there are many issues facing NHS Highland and one of the key problems revolves around recruiting and staff retention. Edward also mentioned his successful Raigmore Car Parking Campaign, which raised over 1,000 signatures within a week and saw NHS Highland commit to building new car parks with controlled access. Mention was also made of the his summer surgery tour that covered over 2,000 miles and included over 60 surgeries.

All in all an excellent conference, leaving the delegates with much to think about.