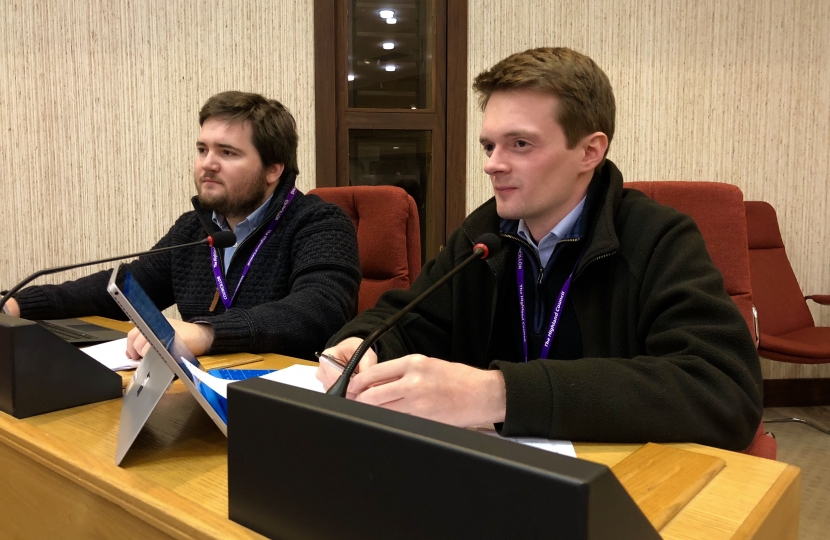 At a Special Meeting of the Highland Council on 16 January 2019, controversial proposals which would have seen radical changes to the boundaries of two Caithness Community Councils were shelved following lobbying from Caithness Conservative Councillors.

Speaking at the Highland Council Chambers in Inverness after the meeting, Cllr Andrew Sinclair said “I spoke with senior officers and with the Deputy Leader of the Council. Together we were able to negotiate a compromise whereby the drastic changes to Sinclair’s Bay and Dunnet and Canisbay were removed from the recommendations.

“I am pleased that the Highland Council has listened to our concerns. It’s a small win for localism. Local people’s views need to be listened to, and should always be a top priority. Both of these Community Councils have made significant progress over the last year or two, they’re motivated groups of people who are working extremely hard for their areas, including the recent drafting of Local Development Plans. I don’t think breaking them up would be a fair reward for their efforts".

Cllr Struan Mackie, who represents the Thurso and Northwest ward, reiterated the need to listen to communities saying "Community Councils are our most local form of government, and are needed now more than ever to make the case for local decision making and returning powers to local area committees such as Caithness."

"We all want decisions to be made as close to home as possible and that is why we must ensure that our Community Councils are supported. That is why the concerns given by our Community Councils were taken so seriously by the Conservative group and why Cllr Sinclair and myself lobbied so hard to press pause on these plans and send them back to Caithness House."