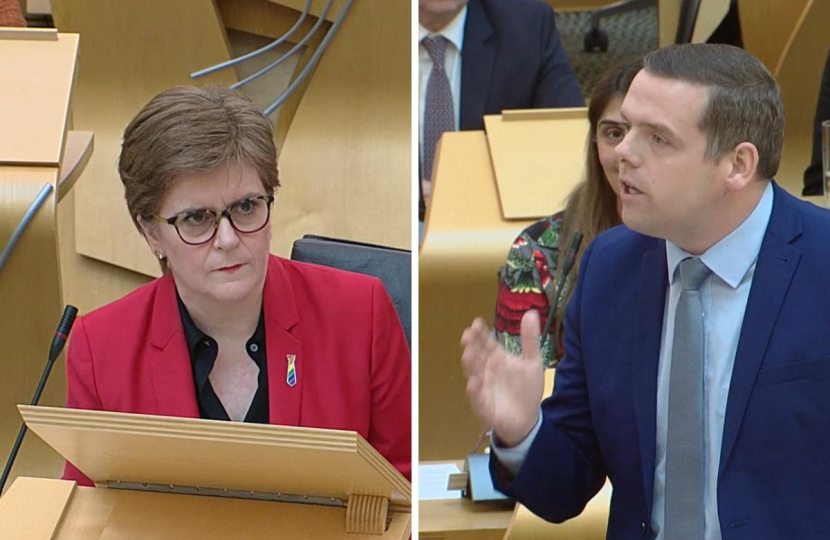 Nicola Sturgeon has been accused of insulting Scotland’s police officers with a ‘derisory’ pay offer.

Douglas Ross made the claim at FMQs, as he focused on the dispute between the Scottish Police Federation and the SNP Government, which has led to officers taking the strongest industrial action they legally can.

The Scottish Conservative leader said the pay row was proof that policing was no longer a priority for the SNP, and a symptom of a government distracted by its push for another divisive independence referendum.

Douglas Ross said the dispute – which will see officers withdraw their goodwill and change their phone numbers so they can’t be contacted to do overtime – along with the reduction in police numbers risked public safety.

Nicola Sturgeon denied that policing was no longer a priority of her government and said pay negotiations with the SPF were “ongoing”.

The Chief Constable of Police Scotland Sir Iain Livingstone said last week that the Scottish Government had “clearly set out its spending priorities…policing is not among those stated priorities.”

The Scottish Police Federation described the SNP Government’s latest pay offer as “derisory”, adding: “Officers are incandescent at the current pay offer. They are beyond angry at how insulting it is.”

Scottish Conservative Leader Douglas Ross said: “The Chief Constable of Police Scotland has said that policing is not among the SNP Government’s priorities – and he’s right.

“The pay offer – which the Scottish Police Federation describe as ‘derisory’ – is proof of that.

“As a result of it, SPF members will take action from tomorrow. They say, it is the most overt demonstration of action by their members in more than 100 years.

“The SNP Government has taken its eye off the ball here. Resources are being used elsewhere. Police budgets have been cut and officer numbers in Scotland are at their lowest level since 2008.

“We can see the impact on public safety – violent crime has risen to the highest ever level since Nicola Sturgeon became First Minister.

“This is the consequence of a distracted government that doesn’t focus on what really matters. It’s what happens when the country’s top priorities are set aside in pursuit of a divisive independence referendum that the public don’t want.

“It’s time the First Minister focused fully on supporting our police officers and keeping our streets safe from crime, instead of insulting them with a measly pay offer.” 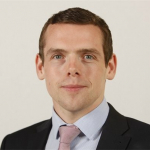