MSP, Highlands & Islands Region
Edward joined the Army after he left school and served for twelve years reaching the rank of Major. During his time in the Army he completed tours in Cyprus, Germany, Canada, Uganda, Spain and Eygpt. On leaving the Army in 1992 he completed a Diploma in Farm Management and a Degree in Rural Land Management. He qualified as professional surveyor in 1998 and worked in Inverness with a large national firm of surveyors. He became a partner in 2004 and left the firm in 2007. He returned home to Speyside to farm where he has a herd of pedigree Simmental cows and grows some 300 acres of malting barley.
Edward is married to Charlotte and has three children the eldest of whom is a serving soldier.

Follow Edward on Facebook at @EdMountainMSP, on Twitter at 1edmountain and on his website https://www.edwardmountainmsp.scot/ where you can see what he has been doing both in Holyrood and around the Region, and see all his planned Constituency Surgery dates and locations.
Edward’s area of interests includes health care provision in the Highlands, supporting the local economy and agriculture and fisheries.  He is a member of the following Committee in the Scottish Parliament:

Edward is also a member of the following Cross-Party Groups in the Scottish Parliament:

I am deeply concerned by the impact the day of industrial action will have on businesses, families and indeed patients who are reliant on

My statement following the publication of John Sturrock QC’s inquiry into bullying at NHS Highland: “I would like to thank John Sturrock

Today I celebrated the work of Highland midwives during a Holyrood debate, which marked the International Day of the Midwife.I praised th

Yesterday I held a useful meeting at Cairngorm Mountain with the operators to discuss the future of the mountain.

In a Holyrood debate on land ownership, I called on the Scottish Government to move on from debates about land ownership and instead focu

I celebrated the role Sutherland is playing in helping Scotland to become a world-leader in Space technology during a Holyrood debate.The

Edward Mountain MSP is delighted that the registration deadline for NHS Highland’s Healing Process has been extended until 31 March 2021.

Reports suggest that Chancellor Rishi Sunak is set to ditch any plans for a five pence rise in fuel duty much to the relief of rural motorists.

Edward Mountain MSP has called for NHS Highland’s Healing Process, due to be closed to registrations tomorrow, to be extended to ensure “no one who has suffered from bullying and harassment is excluded.”

Highlands and Islands MSP, Edward Mountain MSP today called on the SNP Government to stop dragging their feet and open registrations for a £7 million fund to support B&Bs and self-catering properties.

Highlands and Islands MSP, Edward Mountain has called out the SNP Government for delaying the construction of new Inverness prison for a decade.

The delays have seen the estimated construction costs more than double from £52 million in 2011 to £110 million in 2021.

The Cabinet Secretary for Transport, Infrastructure and Connectivity has admitted that a timescale for the delivery of superfast broadband to the Highlands remains unavailable, despite the SNP Government having a signed a £384 million contract last year to deliver the project.

The Cabinet Secretary for Transport, Infrastructure and Connectivity came under serious questioning for the reasons behind a £21.9 million loan to CMAL, a Scottish Government agency which owns passenger ferries, ports and harbours, as part of the draft Scottish Budget for 2021/22.

Highlands and Islands MSP, Edward Mountain has stated that the Highlands is undergoing a “mental health crisis” in a speech to the Scottish Parliament today. 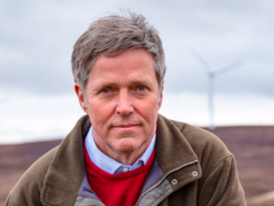